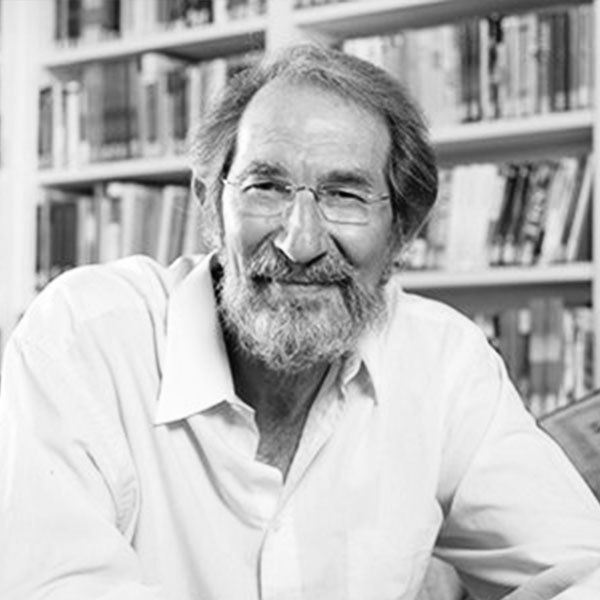 Distinguished Professor and Past President, Science Board, Science Steering Committee

Professor Geoffrey West is a theoretical physicist whose primary interests have been in fundamental questions in physics, especially those concerning the elementary particles, their interactions, and cosmological implications. Professor West served as Santa Fe Institute President from July 2005 through July 2009. Prior to joining SFI as a Distinguished Professor in 2003, he was the leader and founder of the high energy physics group at Los Alamos National Laboratory, where he is one of only approximately ten Senior Fellows.

His long-term fascination in general scaling phenomena evolved into a highly productive collaboration on the origin of universal scaling laws that pervade biology from the molecular genomic scale up through mitochondria and cells to whole organisms and ecosystems. This led to the development of realistic quantitative models for the structural and functional design of organisms based on underlying universal principles. This work, begun at the Institute, has received much attention in both the scientific and popular press and provides a framework for quantitative understanding of problems ranging from fundamental issues in biology (such as cell size, growth, metabolic rate, DNA nucleotide substitution rates, and the structure and dynamics of ecosystems) to questions at the forefront of medical research (such as aging, sleep, and cancer). Among his current interests is the extension of these ideas to understand quantitatively the structure and dynamics of social organizations, such as cities and corporations, including the relationships among economies of scale, growth, innovation, and wealth creation and their implications for long-term survivability and sustainability.

He is a Fellow of the American Physical Society and was one of their Centenary Speakers in 2003. He has been a lecturer in many popular and distinguished scientist series worldwide, as well as at the World Economic Forum. Among recent honors, he was a co-receiver of the Mercer Award from the Ecological Society of America, the Weldon Memorial Prize (2005), Oxford University, the Glenn Award for research on Aging, and the APS Szilard Award (2013). In 2006, he was named one of Time magazine’s “100 Most Influential People in the World,” and his work was selected as one of the breakthrough ideas of 2007 by the Harvard Business Review. He is the author of several books, a visiting Professor of Mathematics at Imperial College, London, and an associate fellow of the Said Business School at Oxford University.  Professor West received his BA from Cambridge University in 1961 and his doctorate from Stanford University in 1966, where he returned in 1970 to become a member of the faculty.

West is married to Jacqueline West, a psychologist in private practice; they have two children: Joshua, is an Assistant Professor in the Department of  Earth Sciences at the University of Southern California and an Olympic silver-medalist. Devorah, is studying International Studies at Stanford.