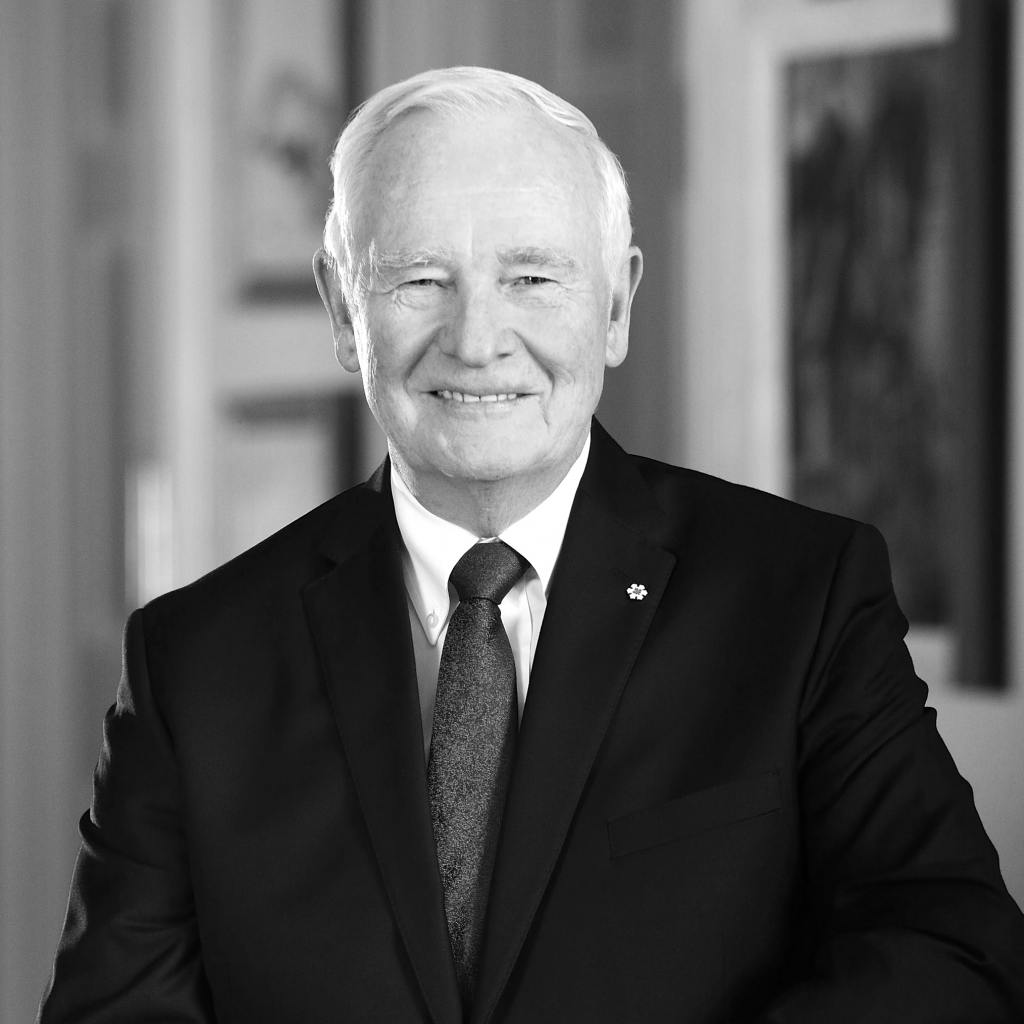 The 28th Governor General of Canada, His Excellency the Right Honourable David Johnston has dedicated his life to public service. A strong believer in both equality of opportunity and excellence, His Excellency spent the bulk of his career in higher education as a professor and later administrator of some of Canada’s leading universities. His Excellency has focused his mandate on strengthening learning and innovation, philanthropy and volunteerism, and families and children. Since being installed as governor general in October 2010, Mr. Johnston has travelled widely across Canada and around the world, connecting, honouring, and inspiring Canadians and their global partners.