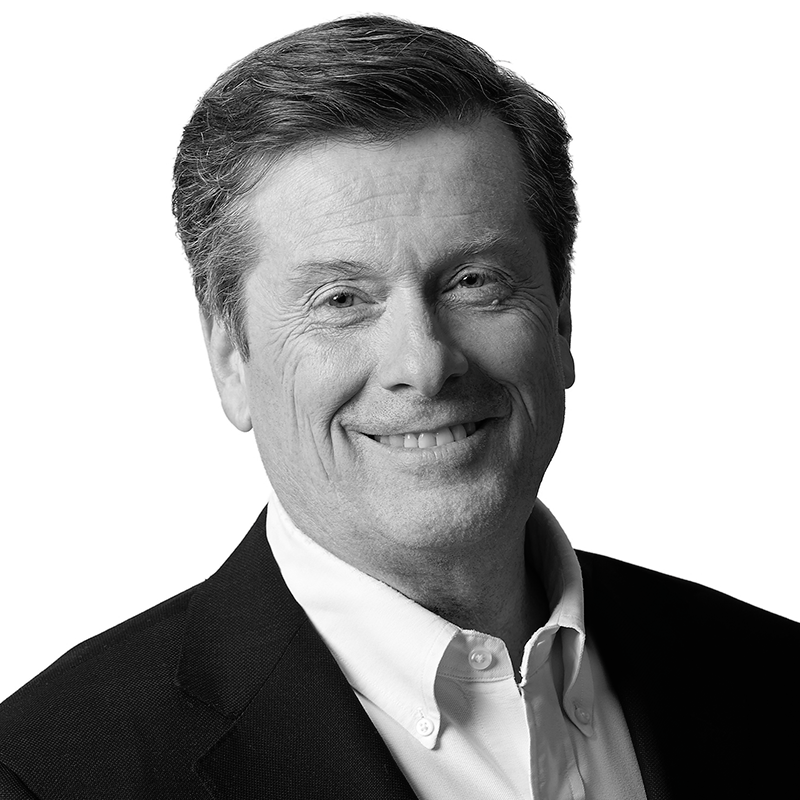 John Tory was elected as Mayor of Toronto in 2014. A former lawyer, business leader, community activist, and broadcaster, he served as Member of Provincial Parliament and Leader of the Ontario PC Party. In the 1980s, he served as Principal Secretary to Ontario Premier Bill Davis and as Associate Secretary of the Ontario Cabinet. In 1995, John Tory joined the Rogers Group of Companies, first as President and CEO of Rogers Media Inc. and then as President and CEO of Rogers Cable, Canada’s largest cable and internet service provider. As Mayor, he is building a smart, innovative city by investing in talent, improving mobility, and making sure residents have access to opportunity in each part of Toronto.