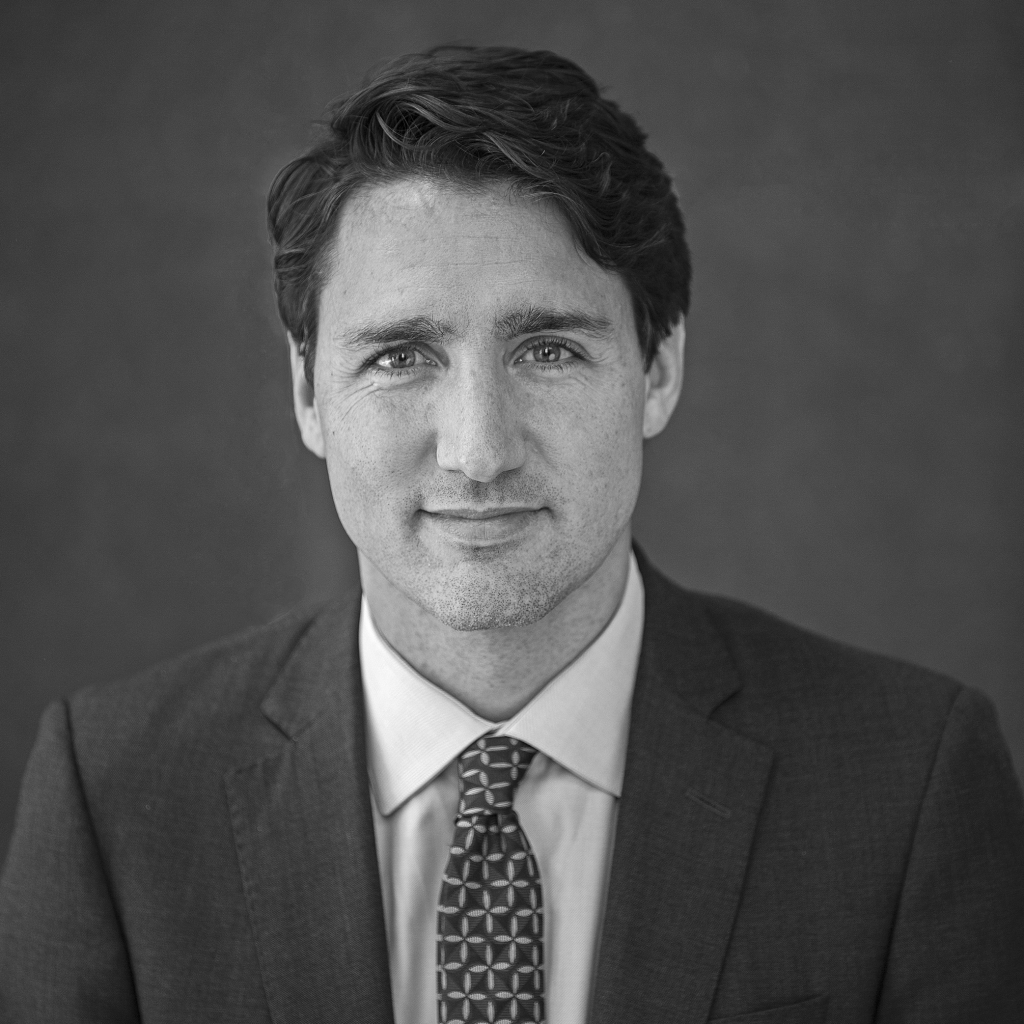 Justin Trudeau is Canada’s 23rd Prime Minister. He also serves as Minister of Intergovernmental Affairs and Minister of Youth.

Before entering politics, Justin served as the Chair of Katimavik, on the board for the Canadian Avalanche Foundation, and as an advocate for young people and the environment. As a speaker at events and conferences around the country, he encouraged young people to engage with the issues important to them and participate as active citizens. These experiences made it increasingly clear to him that the issues young Canadians care about – education, the environment, their generation’s economic prospects – needed a stronger voice.

Justin entered politics to make change that would better serve all Canadians. In 2007, he built a community-based, grassroots campaign to win the Liberal Party nomination in the Montréal riding of Papineau. He was elected in 2008, and re-elected in 2011 and 2015.

Justin was elected Leader of the Liberal Party in April 2013. His leadership campaign focused on building a new, truly national movement of progressive Canadians, bringing hundreds of thousands of Canadians into politics, most for the first time. He worked closely with his team to build a plan to create jobs, grow the economy, and strengthen the middle class. With Justin’s leadership, the Liberal plan emphasized fair economic opportunity for everyone, respect for and promotion of freedom and diversity, and a more democratic government that truly represents Canadians.

On October 19, 2015, Justin led his party to victory, winning a majority government with seats in every province and territory across the country. He was sworn in on November 4, 2015.